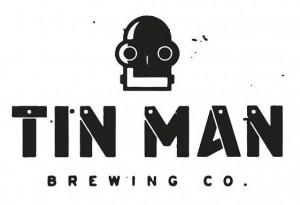 The Tin Man Brewing Company of Evansville, Indiana is an early adopter in the craft brewery world.  They are one of the first craft breweries to utilize a mash filter in their brewing process. It’s a relatively simple, yet highly effective concept.  Tin Man’s Head Brewer Sean O’Rear describes the mash filter as a plate and frame filter that is loaded with brewer’s mash, a mixture of water and grains. The filter is then compressed to extract the liquid “wort”. The collected wort is then boiled with hops to produce beer.  Bonus:  the remaining solid portion, called spent grain, is given to a local farmer for use as cow feed!
The key benefit of mash filtering is that it allows for capturing up to 98% of the available sugar in the brewing grains, compared to 75% captured by more traditional methods.

In order to achieve the goal of capturing 98% of the sugar, the grains had to be processed to a very small particle size prior to filtering. Initially, Tin Man was utilizing a two-roller stripper mill to reduce the grains. Unfortunately, the results were inconsistent at best, producing flour, uncracked kernels, and everything in between.  This  caused backups in filtering to occur, leading to significant loss of sugar portions from the grains, and prevention of the complete enzymatic activity that converts the grain starches to sugars. Ultimately, due to the inconsistency of the roller mill finished particle size, only 87% of the possible 98% grain efficiency was achieved. As a result, Tin Man was required to add approximately 10% more grain to their beer recipes to achieve the desired quality. 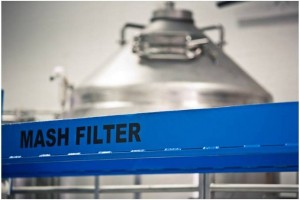 Roller Mill Out, Hammer Mill In

Unlike roller mills that reduce materials by compression, a hammer mill reduces by impact. A hammer mill is essentially an enclosed steel container, housing a rotor which spins at very high speed.  Flat steel hammers are attached to the rotor. As the rotor spins, the hammers flail out, and repeatedly impact material in the grinding chamber until it is able to pass through the steel mesh screen covering the mill’s discharge opening. Finished particle size is determined by a combination of rotor speed, hammer size, hammer configuration, and screen size. 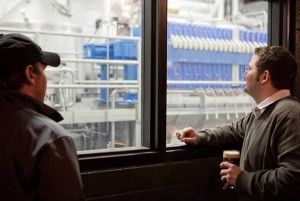 O’Rear reports that following the hammer mill installation, the process improvements were instantly remarkable. The grains were processed to a very fine, consistent finished particle size with no additional milling time required, and thus no impact on labor. The resulting mash was much less viscous, and the loading of the mash filter was fast and easy, with no backups.

The first beer produced from the hammer milled grain using the old grain weights came out with significantly higher sugar loads than the beers produced with the same weight of roller milled grain. According to O’Rear, the efficiency went from 87% to 94% immediately! As a result, they are able to reduce production costs by dropping grain amounts by 8.5%.

“We will continue to optimize the system to achieve 98% mash efficiency, but no other improvement will have as large or as immediate an impact as our Schutte-Buffalo hammer mill.” 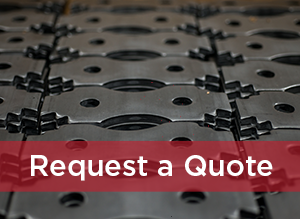 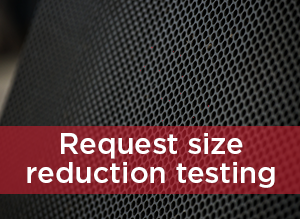